I think we played The Drumstick twice. Each time, it was Winter and a stupid time for a Florida band to be touring the upper Midwest. The first time, we were dismayed to discover that we were playing a “chicken joint.” Then night fell, and the place lit up. Good audience, good sound, etc. We opened for Charlie Burton and the Cut-Outs and played ok, But then he came on and blew our doors in! We came back about a year later (again in Winter), and drove through an awful snow/ice storm. The roads eventually became deserted and we were down to 10-15 miles per hour. Again, we opened for Burton, and again(!) he blew us away.

We liked the club and people though. Lincoln and Omaha, too. 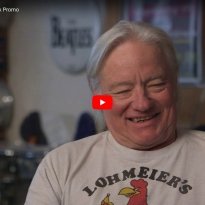